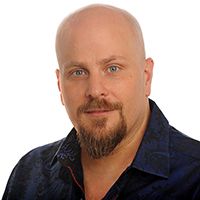 I'm a very compassionate loving man who is looking for something deep. I am hyper-creative in a lot of ways and this comes out in my work and at home, I happen to be vegan but you don't have to be, I love animals and would love to help save the planet. I read extensively, love art, love performing arts, love weird art ideas even if it's not the type of art I like, and especially love art that makes people smile. I also like to travel for vacations and International travel but am not too into domestic work travel unless it's a really interesting place. I occasionally do public speaking about Internet security, my work revolves a bit around breaking into computers and also protecting people and peoples information. I'm also super-creative at times and make a lot of fun/silly things from time to time. I also can make people howl with laughter once I get to know them a bit.