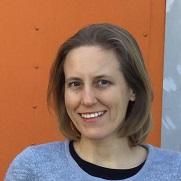 My name is Linda, and I am vegan.  I went vegan in 2015, after watching the documentary, Earthlings.  I became an animal liberation activist.  My early influencers were Bite Size Vegan and Catholic Vegan Mom (currently inactive).  I made a few signs to hold in public places – signs with simple, positive, vegan messages.  I bought a couple shirts and made a couple shirts – with positive vegan messages. … I started to get involved on social media. … I talked about it with family, friends, and anyone I encountered.  (I love hearing about other vegans’ stories!)

I recently graduated with a degree in dietetics (nutrition), and passed my professional exam.  I'm a dietetic tech, now.  I work in a vegan restaurant.  I got into the food and nutrition industry to make a positive difference.

I love my family.  I grew up in California and overseas in the Middle East.

I am old-fashioned when it comes to dating and marriage, and think that is a good way to be.  True love waits!

Fun fact: I’ve never had a modern cell phone. (I use a flip phone).

A vegan guy, who is old-fashioned when it comes to dating and marriage.  I would like to go on adventures (hiking, mountain climbing, urban exploring) … and would like to frequent vegan restaurants.